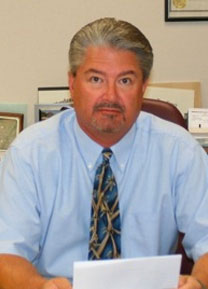 Steve began practicing law in Havre, Montana with Hauge, Ober and Thompson. In 1985, the firm merged with Morrison and Young. In 1998, he joined Bosch, Kuhr, Dugdale, Martin, and Kaze and became a partner in 1999. During his time in Havre, Steve has been active in many local organizations, including the Jaycees, Chamber of Commerce, Hilltop Recovery Center, Havre Day Activity Center, and CASA. Besides being a board member in such organizations, Steve helped in the formation of several non-profits including Havre Youth Hockey Association, Hi-Line Help for Abused Spouses, Hi-Line Women Against Breast Cancer, Northern Lights Athletic and Scholarship Foundation, and the Bullhook Clinic.

Steve is married and has two adult sons. His hobbies include golf, league bowling, and hunting.

We will respond to your inquiry in a timely fashion. Thank you.